One by one and business by business, consumers are quickly realizing the benefits to be had when they purchase items online. Even merchandise that was formerly seen as a product that could only be released through a brick-and-mortar store is now successfully bought and sold through online platforms. In the past, this distinction has been held by everything from shoes and clothing to toiletries and personal items. Now, though, there’s a new item that’s taking the e-commerce world by storm: mattresses.

Currently, there are a few main companies in the e-retail sector that are making a name for themselves in the mattress industry. According to Internet Retailer contributor Stephany Zaroban, these businesses are now being ranked globally – in fact, half of the top six fastest-growing online retailers are companies selling their own brand of mattresses.

These businesses are doing something that no online merchant has done before, as well as something that only a handful of brands with the benefit of brick-and-mortar stores have been able to do: successfully sell mattresses online to the point that they capture a notable portion of the overall industry market.

“One online mattress retailer is quickly growing to become one of the top companies in the e-retailer industry.”

“[S]everal retailers that sell mattresses online have popped up in the last couple of years, many raising millions in venture capital funding and growing fast,” Zaroban wrote. “These three merchants are new to the Top 500 ranking this year, and they each skipped The Second 500 Guide (Internet Retailer’s ranking of the fast-growing mid-tier in online retail) entirely, a sign of their rapid emergence from startup status to meaningful sales.”

One online mattress retailer, in particular, is a study in success, offering its own branded mattress in an array of sizes and quickly growing to become one of the top companies in the e-retailer and overall mattress industry, respectively.

This foam mattress manufacturer capitalized on an astounding $75 million in online revenues in 2015, which, not coincidentally, was also the company’s first full year offering its services. Like many online mattress retailers, this company’s merchandise is able to fold up to fit into a branded box, which is then delivered via traditional shipment carriers directly to the consumer.

Thanks to its success and ever-increasing customer demand, this mattress e-retailer recently announced plans to expand its business by launching a site to cater to shoppers based in the United Kingdom. Zaroban reported that the new site will be available to U.K. customers sometime this year, and that the new platform will help the online mattress retailer capitalize on the $6.7 billion European mattress industry. Imagine the additional growth and ability to influence the customer journey if their existing and new platform embraced their retail partners and directly connected shoppers to major retailers that already sell their products, such as Amazon. 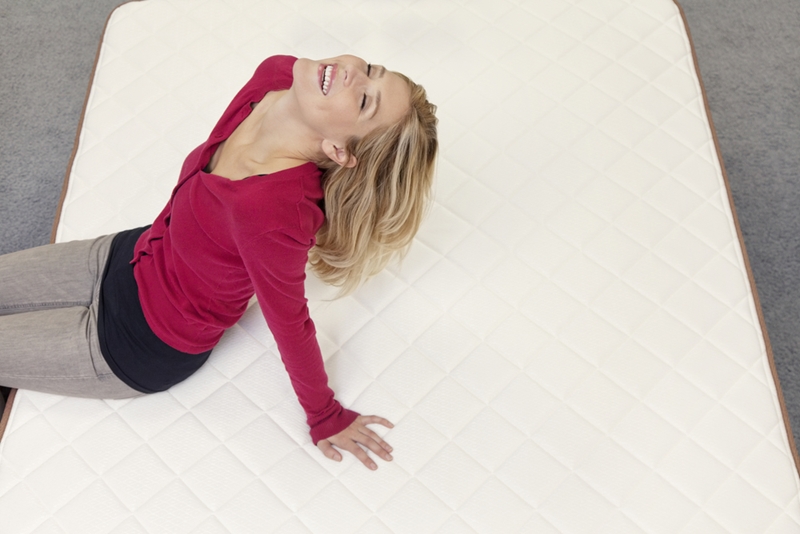 Leveraging the internet to change an industry

This successful online mattress retailer is demonstrating the power online platforms can bring to nearly any traditional industry. In the case of the mattress sector, in particular, the inefficiencies involved in the selling process can be effectively addressed and eliminated when an online approach is taken. In the past, mattress companies owned large storage spaces or even multiple buildings to store their merchandise, despite the fact that the businesses only sold a handful of mattresses each day.

In this type of environment, legacy brands that exclusively achieve sales through brick-and-mortar store locations face considerable risks. With an advancing marketplace legacy brands will only fall further behind if they don’t open up their online retail channel and cater to a growing online customer audience.

Growing competition: An eye on the marketplace

As with any growing industry, competition in the mattress industry is only increasing. For this reason, brand manufacturers looking to successfully understand the online shopper to sell more online and in-store need a service provider such as PriceSpider to support their brand. To find out more about how you can best leverage the internet to sell more products in a competitive marketplace, contact the experts at PriceSpider today.